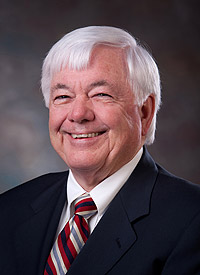 Robin received his undergraduate degree from the University of North Carolina at Chapel Hill, where he was a member of Sigma Nu fraternity, served on the Attorney General’s Staff, the Honor System Commission, IFC, YMCA Freshman camp staff, and was inducted into the Order of the Old Well. From 1969-1975, Robin served in the United States Army Reserve. In 1973, Robin earned his J.D. degree from the University of North Carolina School of Law. Robin began practicing law in eastern North Carolina and was in engaged in every aspect of the general practice of law. Robin soon realized his passion was helping those who had been injured and began to focus his practice on personal injury claims and other insurance claims. In 2005, Robin established the Law Offices of Robert D. Rouse III with offices in both Pitt County and Carteret County to better serve the people of eastern North Carolina

Robin is a true advocate for his clients and is committed to providing personal and individualized legal service. Although a person would prefer not to be involved in a litigation situation, it is reassuring to know that Robin has handled hundreds of cases successfully which involved litigation in the various trial courts, the North Carolina Court of Appeals, and North Carolina Supreme Court.