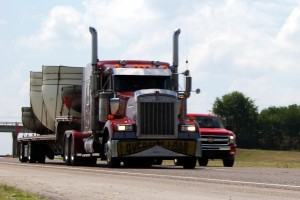 It has often been said that driving while sleepy is just as dangerous as driving while drunk. Studies conducted in other countries have determined that someone who has been awake 24 hours performs at the same level as someone with a .10 blood alcohol level. Indeed, being overly tired will affect a drivers’ ability to make decisions, slows reaction time, and leads to inattention by drivers. Despite these scary deterrents to driving while tired, truck drivers and other over the road commercial drivers make their money by the mile and driving long hours is a way of life. The Federal Motor Carrier Safety Administration is hoping to change the negative effects caused by truck driver fatigue by implementing new rules that went into effect in July 2013.

Truck driver fatigue has been a leading cause in crashes, as truck drivers are often paid per mile that they drive. The more miles covered in the least amount of time, the more they are paid and the quicker they can return home or run more loads. Sadly, this is a way of life for most truck drivers and this compensation arrangement certainly does not take into account delays caused through no fault of their own including traffic, loading and unloading. Unfortunately though, when these delays happen, drivers must make up for lost time, often driving too many hours without adequate breaks and rest. Tired driving is dangerous for everyone, but is especially dangerous when truck drivers do it since they have extremely heavy loads and their crashes often cause catastrophic injuries and death.

Citing safety as it’s highest priority, the U.S. Department of Transportation’s Federal Motor Carrier Safety Administration (FMCSA) announced new federal regulations for those governed by FMCSA rules to limit the number of hours truck drivers could drive before taking breaks and getting rest. The new legislation took effect on July 1, 2013, and truck drivers and trucking companies governed by these rules should now be well in compliance with them.

The FMCSA estimates that the new hours-of-service rule with save 19 lives and prevent 560 injures annually. It is further estimated that the new rules will result in $280 million in savings from fewer crashes and $470 in savings from improved driver health that the organization hopes will occur when drivers spend fewer hours behind the wheel of their trucks.

It has yet to be seen the exact effects these new rules will have. Some truck drivers are indicating that for them, it forces them to rest when they are not yet tired, which results in them driving after not getting restful sleep since they went off the clock before they were tired. It is certainly the hope of everyone involved to save lives and decrease truck accidents as some of the most catastrophic injuries occur from trucking crashes.

When we are retained by a client who has been in an accident with a tractor trailer or trucking company, we always carefully examine all log books and electronic data available to determine if a truck driver was fatigued or not in compliance with his hours while he was driving. Knowing how to carefully examine this data is just one of the reasons why it is important to hire a skilled legal team if you have been in a trucking accident or in a wreck with a tractor trailer. If you or a loved one finds yourself the victim of a trucking crash, you will want to contact a lawyer as soon as possible to ensure all data is preserved and analyzed properly before a truck is salvaged or put back in service. Time matters in trucking cases. Call our office today.